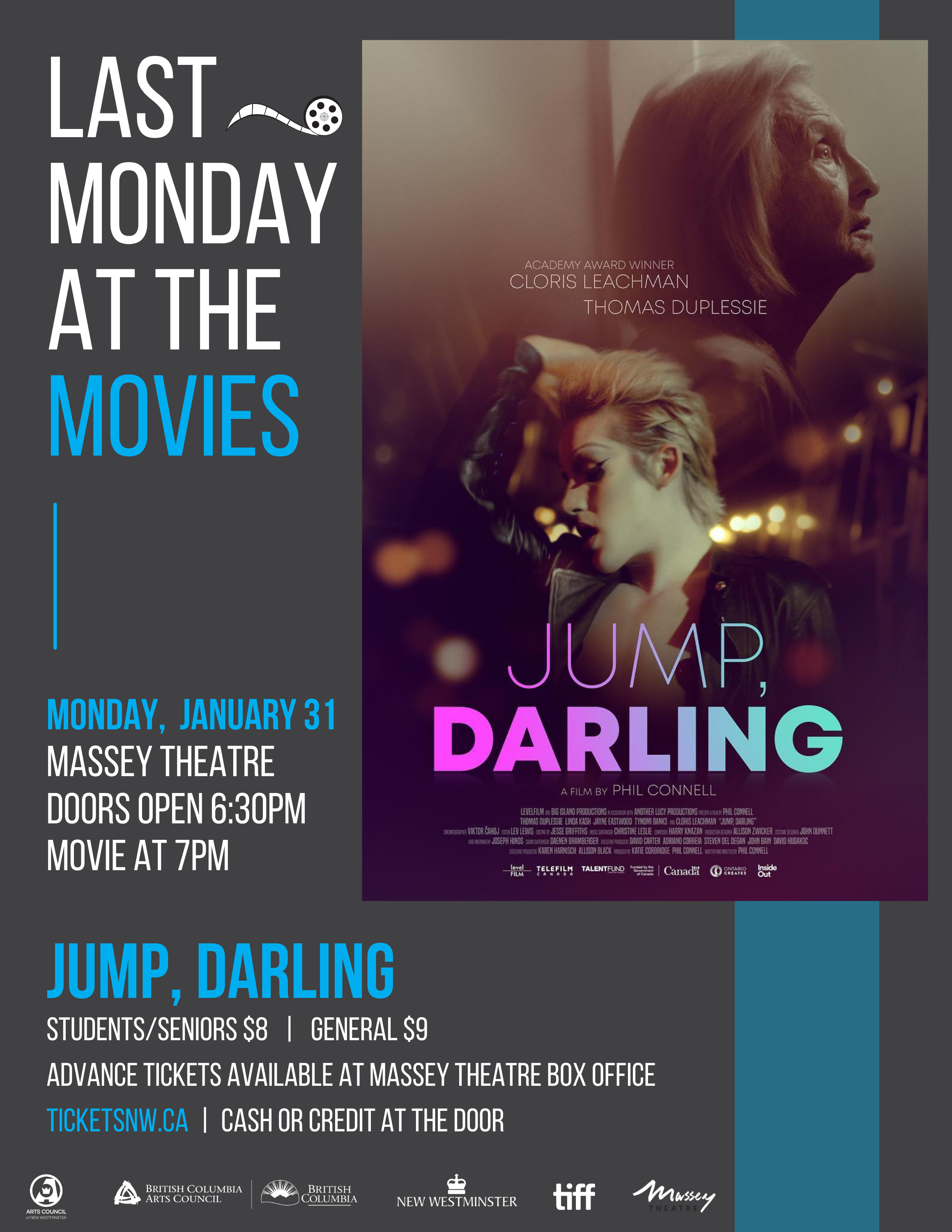 Jump, Darling is a 2020 Canadian drama film directed by Phil Connell. The film stars Thomas Duplessie as Russell, a rookie drag queen reeling from a break-up, who escapes to Prince Edward County, where he finds his grandmother Margaret (Cloris Leachman) in steep decline yet desperate to avoid the local nursing home. The film was one of Leachman’s final performances before her death in 2021.