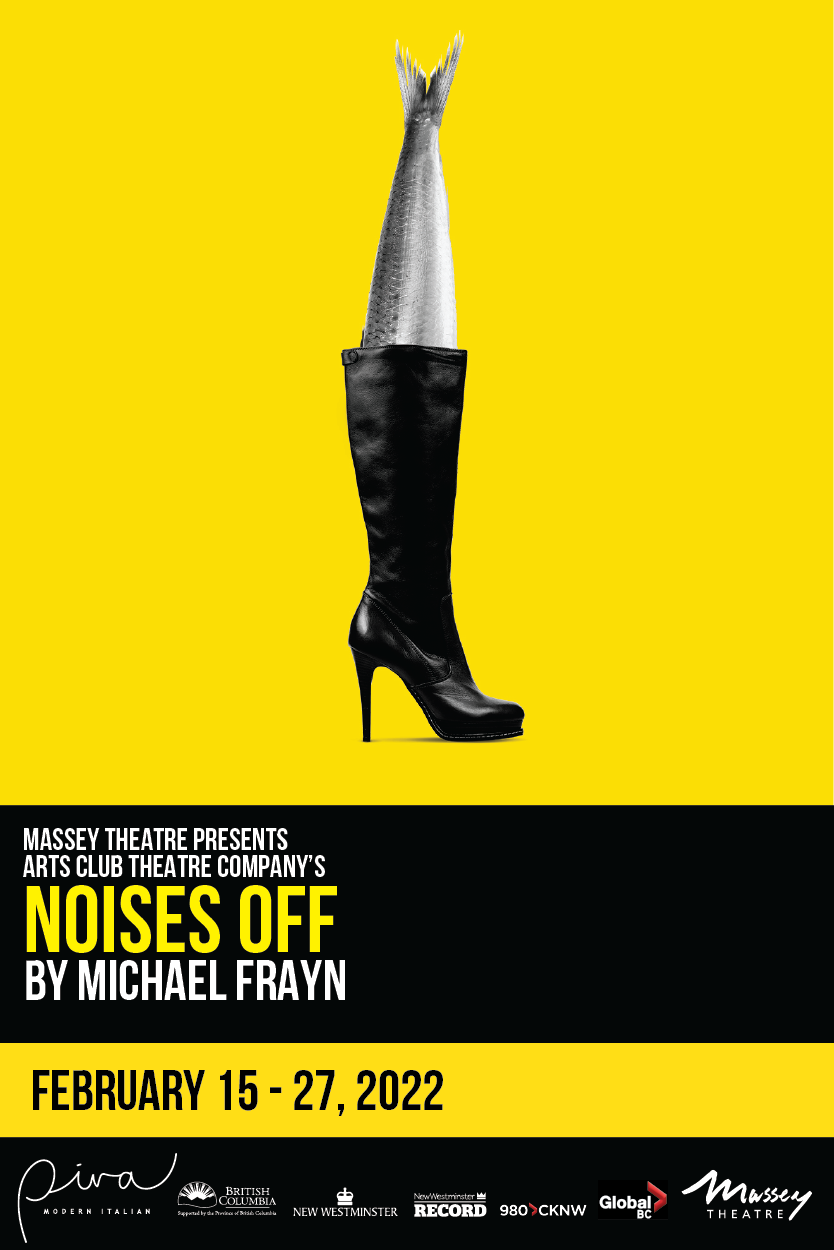 Show program can be viewed and downladed HERE

The pre-pandemic hit show produced by Arts Club Theatre Company is being remounted on the Massey Stage. Noises Off, hailed as the funniest farce ever written, treats audiences to a hilarious peek at a second-tier acting troupe performing a show. With egos, insecurities, and tempers flaring backstage—and forgotten lines, missed cues, and misplaced sardines onstage—this cast threatens to strike the old adage “the show must go on.” Michael Frayn’s dizzying play-within-a-play classic is sure to leave you doubled over with laughter. This is sure to be one of the largest and most fun productions to be staged in the coming season.

We are thrilled to be able to offer concession services during the run of this show. We have opened up Studio 1C (formerly the small gym) to allow for lots of space to enjoy a drink before the show.
Concession services will be offered:

Show program can be viewed and downladed HERE