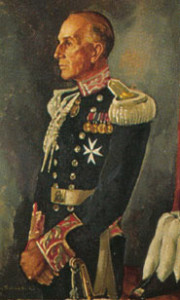 Massey Theatre was originally called the New Westminster Junior Secondary Auditorium. But in the mid-1950s it was renamed Vincent Massey Theatre after the man that inspired its construction. Construction was funded by all three levels of government to create a place where student, community based and professional performing artists could all work. Vincent Massey was, of course, the first Canadian Governor General of Canada as well as the author of the pivotal “Massey Report.” This 1950’s document set Canada’s arts and culture policy. The report also created the much-loved CBC and the Canada Council.

It was through Massey’s work that the arts in Canada began to flourish; theatre companies, opera and ballet companies, authors and visual artists were given the opportunity to create.

The Massey Theatre boasts production workshops, a full-size stage, an audience chamber of 1260 seats and a visual arts gallery. It is located in the geographic centre of the Metro Vancouver area and adjacent to BC’s largest high school, the 2000 student campus of New Westminster Secondary School.

An array of stunning professional performances as well as community, festival, and student performances are among the over 200 events presented at Massey each season.

Governed as a registered Non-Profit Charitable Society by an independent board of directors, Massey Theatre is neither a civic nor a school facility but a professional arts organization which works to support the performing arts throughout the Metro Vancouver.

….“The Man Who Came to Dinner”, starring Hollywood’s own MONTY WOOLLEY. Backstage, after the show, Mr. Woolley asked Mayor Lewie Sangster, my father, the population of New Westminster. When Dad said 32,000, the famous actor exclaimed, “Do you realize what a gem your little city has in this fabulous theatre?” (This was before Queen Elizabeth Theatre was even dreamed of and until it was, Massey Theatre was where Broadway Shows and big theatrical events were held). “It’s a lovely size – and the acoustics are excellent,” he added. And who would know more about theatres than Monty Woolley?- Evelyn Sangster Benson

Some Facts about the Theatre