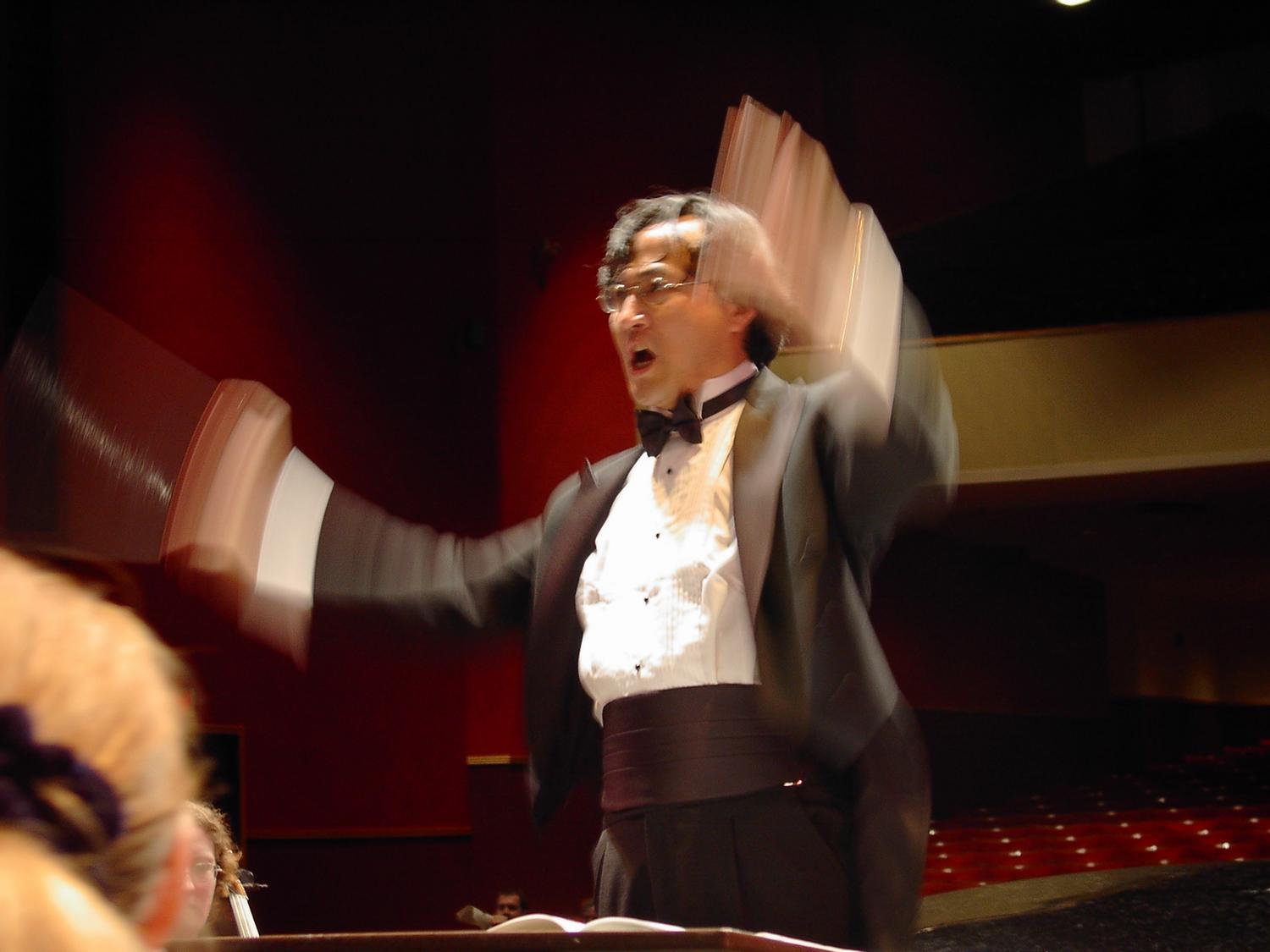 Jin Zhang, was born in Beijing China. He received his initial musical education at the Central Conservatory of Music in Beijing. Thereupon he traveled to Japan and studied at the Toho Gakuen School of Music in Tokyo. He studied conducting with Professor Morihiro Okabe and he also took master classes with maestros Kazuyoshi Akiyama and Seiji Ozawa. Since coming to Canada in 1990, Jin has quickly become known as a conductor and composer who actively promotes the appreciation of and education in symphonic orchestral music and, no less, the combining of Eastern and Western musical expressions.

Jin Zhang is an associate composer of the Canadian Music Centre. He presently holds the position of Music Director and Conductor of the Vancouver Philharmonic Orchestra, the New Westminster Symphony Orchestra, and the Vancouver Youth Symphony Intermediate Orchestra. He also conducts the Vancouver Inter Culture Orchestra. He is an artistic director of VBCm production. Recently he was appointed guest professor in the Yunnan Wenhua Conservatory for Arts in China.

​Jin Zhang is a multiple recipient of commissioning grants from the Canada Council for the Arts, and has composed for many ensembles, TV productions, and CD recordings. Many of his compositions and arrangements have been played by professional and community groups, including the Calgary Philharmonic Orchestra, the Victoria Symphony Orchestra and the Vancouver Symphony Orchestra. Some of his works have been broadcast by the BBC, CBC, VTV and other networks. In 2008, Jin released a recording of his compositions titled “Tracing”. The production of the CD was financially supported by the Canada Council for the Arts, and the CD distributed by the Canadian Music Centre. His second CD was released in China in 2010. Under the aegis of the Pangea Arts Society, he was granted major Olympic arts funding for the creation of a new work.

​Jin has received many awards. In 2006, he was selected by the Canadian Music Centre to be part of their new online initiative titled “Composer Portraits – Influences of Many Musics”. This project focuses on Canadian composers who have come to Canada from other countries, highlighting their valuable contributions to Canadian music. In 2004, Jin was honoured by the City of New Westminster for ten years of distinguished service to the New Westminster Symphony Orchestra and the City.

​In 2001, the film he composed music for “Nu Shu: A Hidden Language of Women in China” received the Audience Award and Best Documentary at the Festival Internazionale Cinema Delle Donne in Torino, Italy. In 1986, he won second prize in a composition competition in the Central Conservatory of Music, Beijing. In 1984, he won third prize in a nation-wide composition competition in China. Recently, he received an Artistic Achievement Award issued by the Vancouver Chinese Culture Centre.