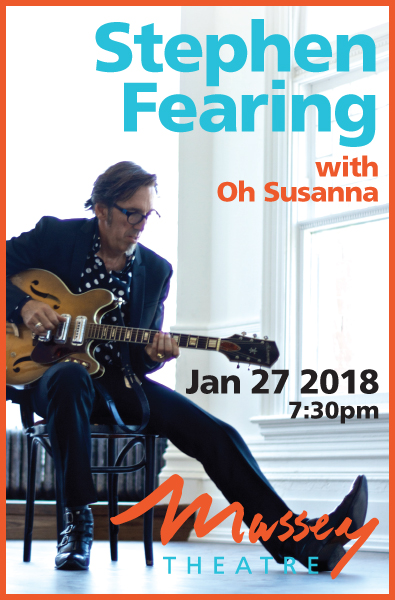 “Fearing (is) a king amongst minstrels.”

Multi Juno Award winning musician Stephen Fearing will bring his masterful guitar work that ranges from acoustic rock rhythm to elegant finger style to the Massey stage. Known for his band Blackie and the Rodeo Kings they recorded a tribute album of songs by Willie P. Bennett. Nine albums and one JUNO Award later, the band has become one of the most respected names in North American roots-rock-Americana music. In addition, Fearing has gone on and released 10 solo albums along with numerous collaborations winning many awards.  Through a life of many relocations and countless months on the road performing, Fearing has become a gifted storyteller and true musical nomad with the ability to enthrall audiences of all sizes and attitudes.