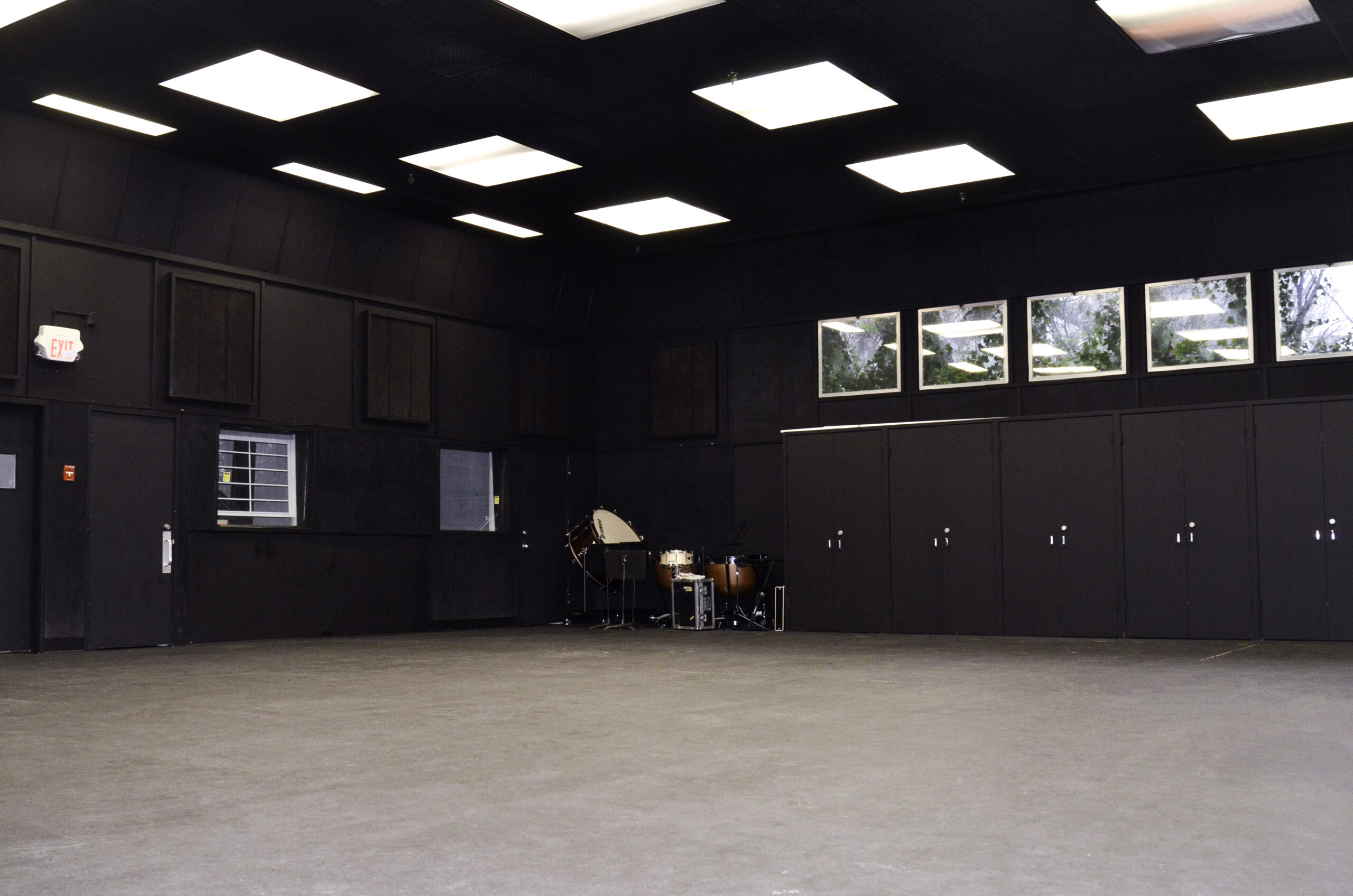 About us:
Massey Theatre Society is a catalyst for a vibrant, expressive community and a stage where any dream is possible. The Massey Theatre has recently expanded our arts and community spaces into the complex surrounding Massey Theatre (Eighth & Eight Creative Spaces: www.eighthandeight.com). Our focus at Eighth & Eight is on serving artists and our community by offering space as well as resources and support. Artists and communities that do not have a facility to work often face inequity in securing resources for their work. We are looking to change that with Eighth & Eight as we are now working with of over 35,000 square feet of dynamic and creative spaces including the Massey Theatre, Plaskett Gallery, four Multipurpose Studios including a performance studio, dance studio and digital labs. With an expanded facility we are creating new and inclusive opportunities for artistic creation, presentation, development, community engaged and wellness practices, and workshopping. As a part of this expansion, we are launching a new performance series for artists which will take place throughout 2022 and beyond.

Performing artists are often asked to collaborate or perform in mixed bills or showcases with other artists without the resources to contemplate how they might leverage those contexts and perhaps create more developed or expanded new works. For this project we will be choosing four emerging performing artists or small ensembles from a range of performing arts such as music, dance, theatre (including sketch comedy and spoken word) and other staged literary, audio, and visual forms. All performances will take place in our 60-seat performance studio with other studios and spaces to be used during the development phase.

Call for Submissions:
Each project would be asked to leverage their existing short works to create a one-hour performance in a double bill or collaboration with an artist working in a different art form, technique, or tradition. Artists are asked to challenge themselves to create something they might not otherwise without the resources available. This can be done by either by expanding an already existing work by adding design elements to it or with a new cross-disciplinary or cross-cultural work. (Please identify if you will use the funds to engage collaborators to enhance your own work in a double bill or for a new collaborative work).

In addition to fees paid to both artists, we would provide a minimum of two weeks of free studio space to develop and rehearse, access to digital and theatrical equipment as well as tech support and basic training on the equipment (if needed). We would also provide technical and front of house staff for the performance as well as promotional and administrative support. In addition, each artistic group will have access to mentorship from one, or more, of our Artistic Associates.

The Massey Theatre employs a team of Artistic Associates, each responsible for reflecting and advocating distinct yet intersectional programming and engagement lenses in service of relationships with seniors, LQBTQ2+ people, black community members, Indigenous people, and the immigrant diaspora residing in our community.

We welcome applications from all BC performing artists however priority will be given to emerging artists residing in New Westminster, the Tri-Cities, and communities East of Boundary Road as well as well as IBPOC and LGBTQ2+ candidates.

How to Apply:
Please submit a one-page description of your proposed project to fleur@masseytheatre.com. Please include your bio and any other pertinent information, including links to video reels, social media, resumes, and any questions. Please also indicate if you are an emerging or established artist. Please include a detailed timeline that corresponds to our timeline below, as well as ideas for collaborators and which of the Artistic Associate(s) (if any) you are interested in connecting with (see below for names and bios of our Artistic Associates).

Fees:
Each project will receive $2000 CAD for the creative development stage. Additionally, all projects will receive $1000 CAD if the project results in a performance at Eighth & Eight. An appropriate fee commitment to all collaborators is required. Please identify in your proposal the fees you will pay your collaborator(s).

In addition, we would provide the following:

Artistic Associates
The Massey Theatre employs a team of Artistic Associates, each responsible for reflecting and advocating distinct yet intersectional programming and engagement lenses in service of relationships with seniors, LQBTQ2+ people, black community members, Indigenous people, and the immigrant diaspora residing in our community.

The following Artistic Associates are available to provide mentorship: 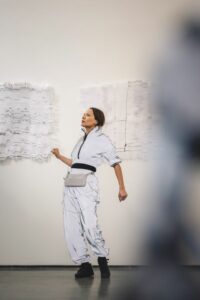 Justine A. Chambers is a dance artist and educator living and working on the ancestral and traditional Coast Salish territories of the Sḵwx̱wú7mesh, Musqueam and Tsleil-Waututh Nations. Her movement-based practice considers how choreography can be an empathic practice rooted in collaborative creation, close observation, and the body as a site of a cumulative embodied archive. Privileging what is felt over what is seen, she works with dances that are already there – the social choreographies present in the everyday. Her recent choreographic projects include Steady, Waking Hours, And then this also, One hundred more, tailfeather, for all of us, it could have been like this, ten thousand times and one hundred more, Family Dinner, Family Dinner: The Lexicon, and Semi-precious: the faceting of a gemstone only appears complete and critical. Chambers’ work has been hosted by Western Front, Sophiensaele (Berlin), Contemporary Art Gallery, Vancouver Art Gallery, Morris and Helen Belkin Art Gallery, Agora de la Danse (Montreal), Cantor Fitzgerald Gallery (Haverford College), Canada Dance Festival (Ottawa), Nanaimo Art Gallery, Artspeak, Burrard Arts Foundation, Mile Zero Dance Society, Dance in Vancouver, Festival of New Dance (St. John’s) and Art Museum at University of Toronto. Chambers is the recipient of the Lola Dance Prize (2018) and was selected for the Visiting Dance Artist Program at the National Arts Centre (2018-2020), Artist in Residence at SFU’s Community Engaged Research Initiative (CERi). Chambers is currently a Term Lecturer at the School for Contemporary Arts at Simon Fraser University. She is Max Tyler-Hite’s mother. 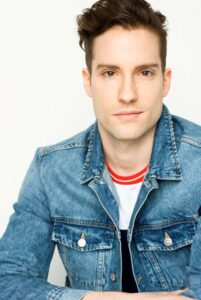 Ryan Leslie Fisher is a graduate of the Theatre and Drama Studies program at the University of Toronto. He is best known for his comedy TikTok character Dandy (@dandyandfriends) and is fresh off a sold-out tour in TX, LA and NYC. He worked in the immersive theatre scene in Hollywood as the devilish MC in Crimson Cabaret (Unmarked Door) and starred in his award-winning LGBT Sketch Comedy Series Enemies of Dorothy (HereTV). He’s now based in Vancouver where he teaches acting at The Laura Mac Method and partners with The Massey Theatre. TV credits include The Mentalist (CBS), American Horror Story (FOX), and The Midnight Club (Netflix).” 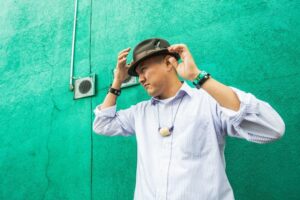 Ronnie Dean Harris aka Ostwelve is a Sto:lo/St’at’imc/Nlaka’pamux multimedia artist based in New Westminster, BC. He began his artistic career in graphic design at age 14 and that same year, began co-hosting the “When Spirits Whisper” radio show alongside Gunargie O’Sulllivan on Co-Op Radio 100.5 FM.

Ronnie holds the position of Indigenous Cultural Development Director with Massey Theatre Society where he examines local cosmology and histories and forges pathways and relationships with the Indigenous diaspora to inform and engage the Society’s programs and activities.

His professional artistic pursuits cover a wide range including acting and hosting in films, television and digital media including roles on PBS series and specials. He has composed music for film, designed sound for the stage and performed as a musician. His art has been shown in exhibitions from Island Mountain Arts in Wells to the Vancouver Art Gallery and on the streets in the form of murals. He has produced cultural events and programming for festivals and gatherings.

He has facilitated forums, conferences, and workshops from Regina to Parksville and received awards and recognition for aboriginal leadership and podcasting. As an independent researcher, Ronnie has worked on various portfolios that include Indigenous cosmologies, ethnography, archival audio, historiographies, and actions.

Ronnie has a passion for creating and facilitating workshop programs for youth in media arts and hip-hop as well as an interest in environmental causes. Learn more about Ronnie Dean Harris and his work at www.ronniedeanharris.com

The globally renowned Cassius Khan is a Canadian musician who plays the Tabla and simultaneously sings classical Ghazal and Thumri (poetry in Urdu and Hindi) and is the only professional musician in the world who presents his art in this way. A recipient of the 2005 Salute to Excellence Award, a 2008 Juno Award nomination, a 2011 Western Canadian Music Award nomination and a 2019 Bernie Legge Artist of the Year Award recipient, Khan’s performance will showcase the difficulty of dividing his brain into two facets of his mastery- singing Ghazal in classical form and playing complex rhythmical patterns on his tabla. His trademark “Tarannum Ang Gayaki” style coupled with his Tabla have stupefied many Indian maestros and was recognized for this unique ability. Hailed as “Canada’s Multifaceted Musician” thanks to his ground-breaking collaborations with musicians of all genres around the planet, Khan takes his audience on a wonderful journey of melody through his pitch perfect rich voice, stupendous technique of rhythm through his talented hands and with his mastery of performance onstage and comical and good-natured personality he intricately weaves his performance with funny anecdotes. Khan is also a sought-after teacher and mentor and is both a private teacher and a visiting professor for Indian music at the international school Mulgrave. The Producer of the Mushtari Begum Festival of Indian Classical Music and Dance held at the Massey Theatre in New Westminster since 2012, Khan has presented over 20 artists to the Canadian audience and has performed for the Permanent India Mission to the UN and WIPO in Geneva, Switzerland in 2017/2018. Khan is also the Curator of the ‘Global Tea Series with Cassius Khan’ at the Massey Theatre and is endorsed by the Sangeet Natak Akademi award winning Tabla crafters Ustad Qasim Khan Niyazi & Sons as well as the Australian based ‘Lehra Studio’ Apps. 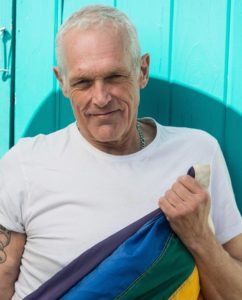 Allan Morgan has been a stage actor for more than thirty years. Some highlights include appearing in London, GB, Adelaide Australia, Wellington NZ and San Francisco, all with The Overcoat. He appeared for several seasons at Bard on the Beach, notably in The Tempest as Prospero, as well as King John, A Midsummer Night’s Dream and Much Ado.

He has toured across Canada with the Electric Company in Studies in Motion. He has appeared at The Belfry, notably in The Drawer Boy, Dirty Blonde, and I am My Own Wife for which he received the Victoria Critic’s Award for best performance. Other favourites include Red, Thinking of Yu, and Abraham Lincoln Goes to the Theatre for ATP in Calgary.

Allan has two solo plays: I Walked the Line; and Pride: for the young gay, the ungay and the jaded queen in all of us.

Presented with the support of the City of New Westminster, Province of BC, BC Arts Council, Metro Vancouver and BC Touring Council.