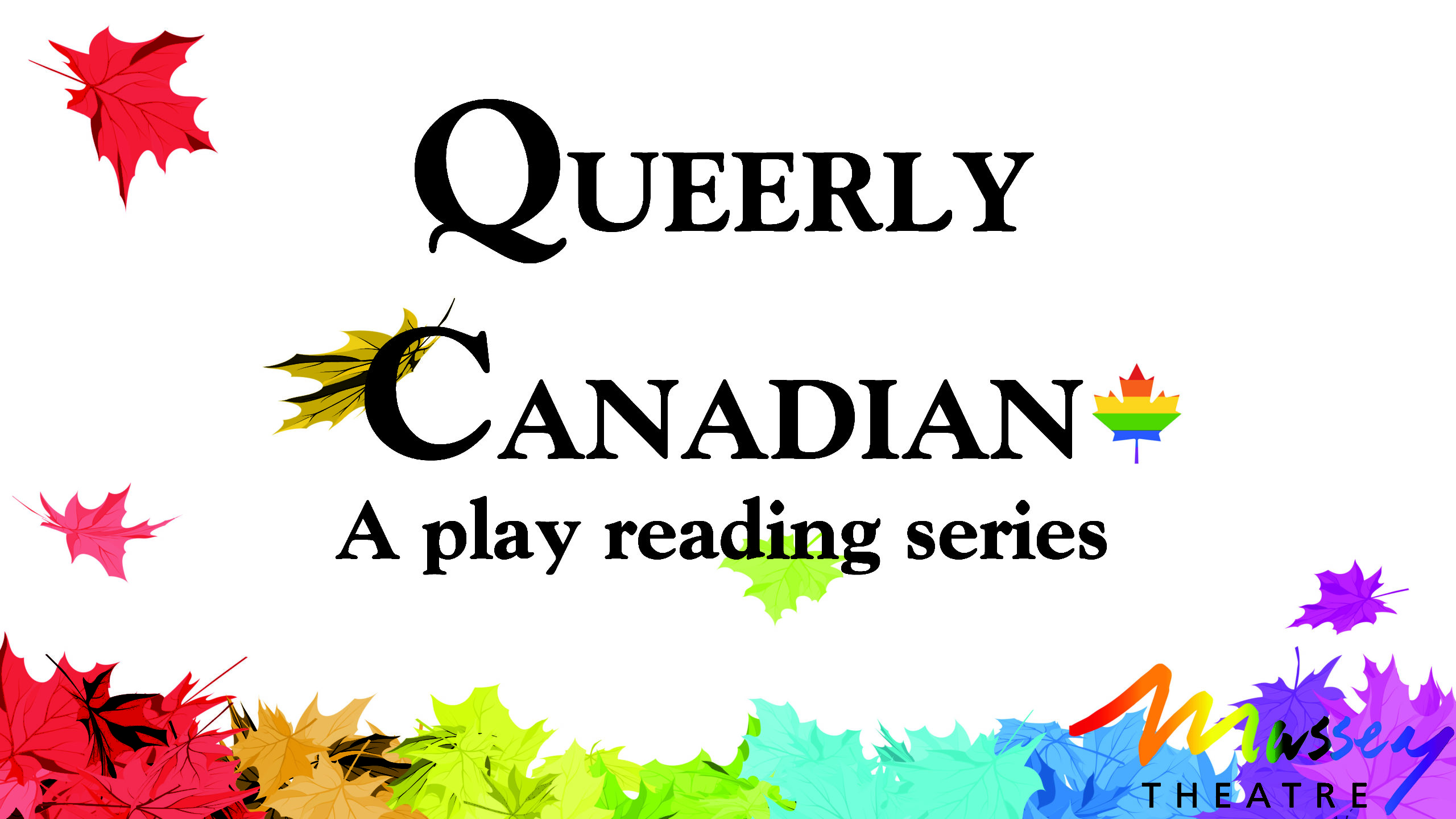 As part of the Under the Rainbow LGBTQ2+ programming at Massey Theatre, we are presenting a series of play readings of fantastic Canadian Plays. These plays have been curated by our artist in residence Allan Morgan and Roy Surette, Artistic Director for Touchstone Theatre.

All plays will be presented as staged readings, performed by professional actors. Plays contain mature content and may not be suitable for young audiences.

FREE and welcoming and accessible for all!

The heart-rending and often hilarious Hosanna by seminal French Canadian playwright Michel Tremblay shines light on the fear of change, identity, and the reluctance to release the illusion of self. Aging drag queen Hosanna, a man wanting to be a woman, wanting to be Elizabeth Taylor’s Cleopatra, with her live-in partner Curiette, a going-to-seed leather stud, faces a Halloween night feeling like an outsider in her own skin.

Hosanna, was first performed in French at Théâtre de Quat’Sous in 1973 and in English at Toronto’s Tarragon in 1974 and is set in an exotic world of nightclubs and gay bars on the main of Montreal in the seventies. Written during the social and political tumult of Quebec’s Quiet Revolution, Tremblay’s political allegory about the authenticity of self resonates just as much today.

This reading of Hosanna is a features the actors from the recent UBC Theatre presentation, Frank Zotter and Joey Lespérance and is directed by Stephen Heatley. Translated by Bill Glassco and John Van Burek.

The play is set in 1952 in the church of a prison where it has been arranged that the jailed Simon Doucet will make confession to his old friend Bishop Bilodeau The play’s English translation by Linda Gaboriau was published in 1991.

This reading will feature members of the cast from the Jessie Award winning joint production of Touchstone, Arts Club and Pi Theatres, including Allan Morgan.

Thomas and his sister, Catherine, are both instructed in the powers of poetry by Dr. Wise. While Thomas is more prolific than skilled in his praise of his beloved Sonja, Catherine is strangely mute. The problem? Catherine is in love with Sonja too, and has taken the liberty of effectively improving her brother’s verses and giving them to Sonja under an assumed name, Overripe. When Thomas discovers that he has been plagiarized, Dr. Wise suggests a challenge of poetic skill. The ensuing flurry of disguises, tricks, and revelations includes a visit to Sapphic hideaway, closer to home than anyone might have imagined. Here, the characters discover that no one is without secrets, and that poetry can unlock the door to love in unexpected ways.

Massey Theatre is a safe space for LBGT2+ people and allies where we promote the notions of love, mutual consent, empathy and understanding. Homophobia, transphobia, sexism, any type of bigotry or violent conduct will not be tolerated. Don’t hesitate to approach us if anything should alert your concern.