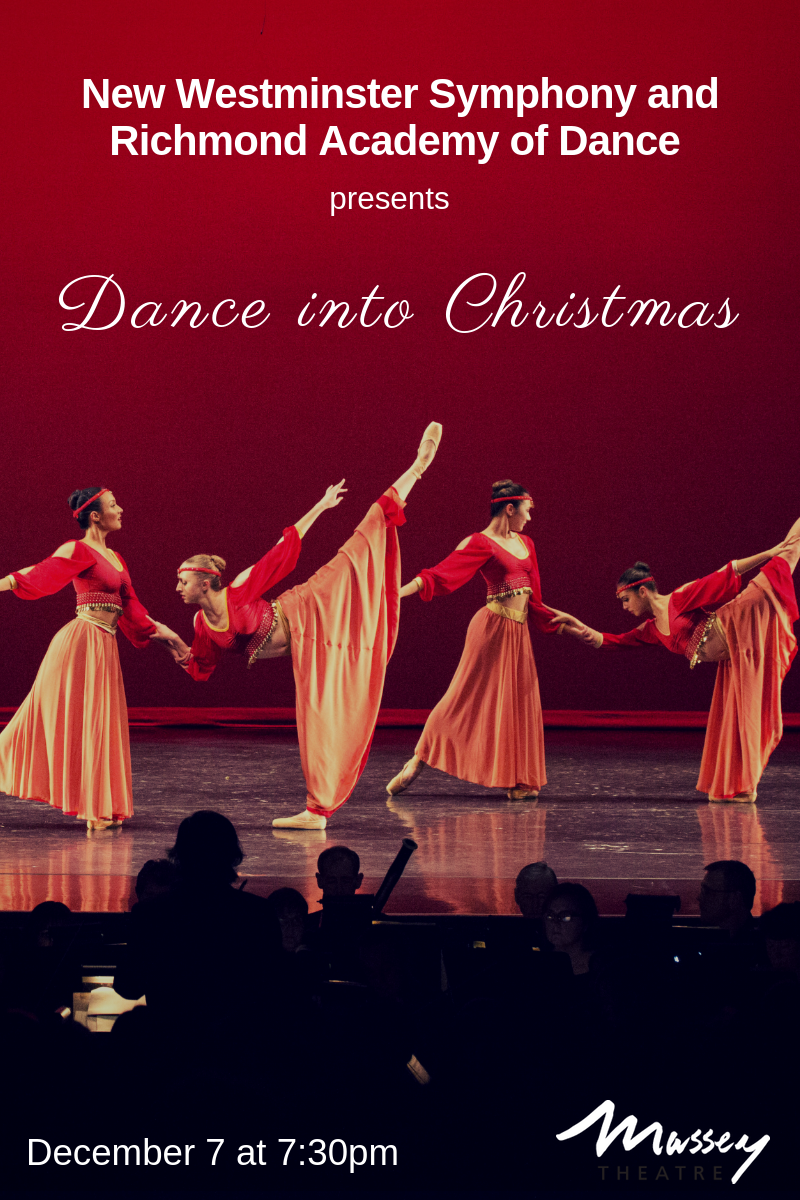 Dance into Christmas will be the 19th annual collaboration between the New Westminster Symphony Orchestra and the Richmond Academy of Dance to celebrate the festive season with a seasonal selection of songs, dances, music and even story-telling. Returning this year as your genial host will be Shakespearian actor Russell Roberts. Making his debut will be sensational young tenor Thomas Lamont who wowed attendees in the Royal City Musical Theatre’s production of My Fair Lady with his rendition of On The Street Where You Live several years back. The Richmond Academy of Dance will feature two special guest dancers in the principal roles of the Nutcracker Suite. Making his debut with the New Westminster Symphony will be guest conductor Nicholas Urquhart.

The Symphony will kick off the concert with Ade’s Carol Festival before surrendering centre stage to the Richmond Academy of Dance with a rousing performance to the music of Borodin’s Polovtsian Dances followed by Leroy Anderson’s perennial favourite Sleigh Ride. RAD will then entertain with a vocal number before the Symphony solos on an enchanting orchestral version of Grieg’s Wedding Day at Troldhaugen. The Academy will then feature a tap number that will be acapella. Our host Russell Roberts will enthrall attendees with a Christmas Reading before Thomas Lamont regales them with stirring versions of Ave Maria and O’ Holy Night. The first half will come to a close with the Academy’s dance interpretation of Strauss’s Die Fledermaus Overture. The second half is given over to RAD’s much anticipated annual performance of Tchaikovsky’s Nutcracker Suite before the Symphony brings the concert to a conclusion with another favourite; Anderson’s Christmas Festival.