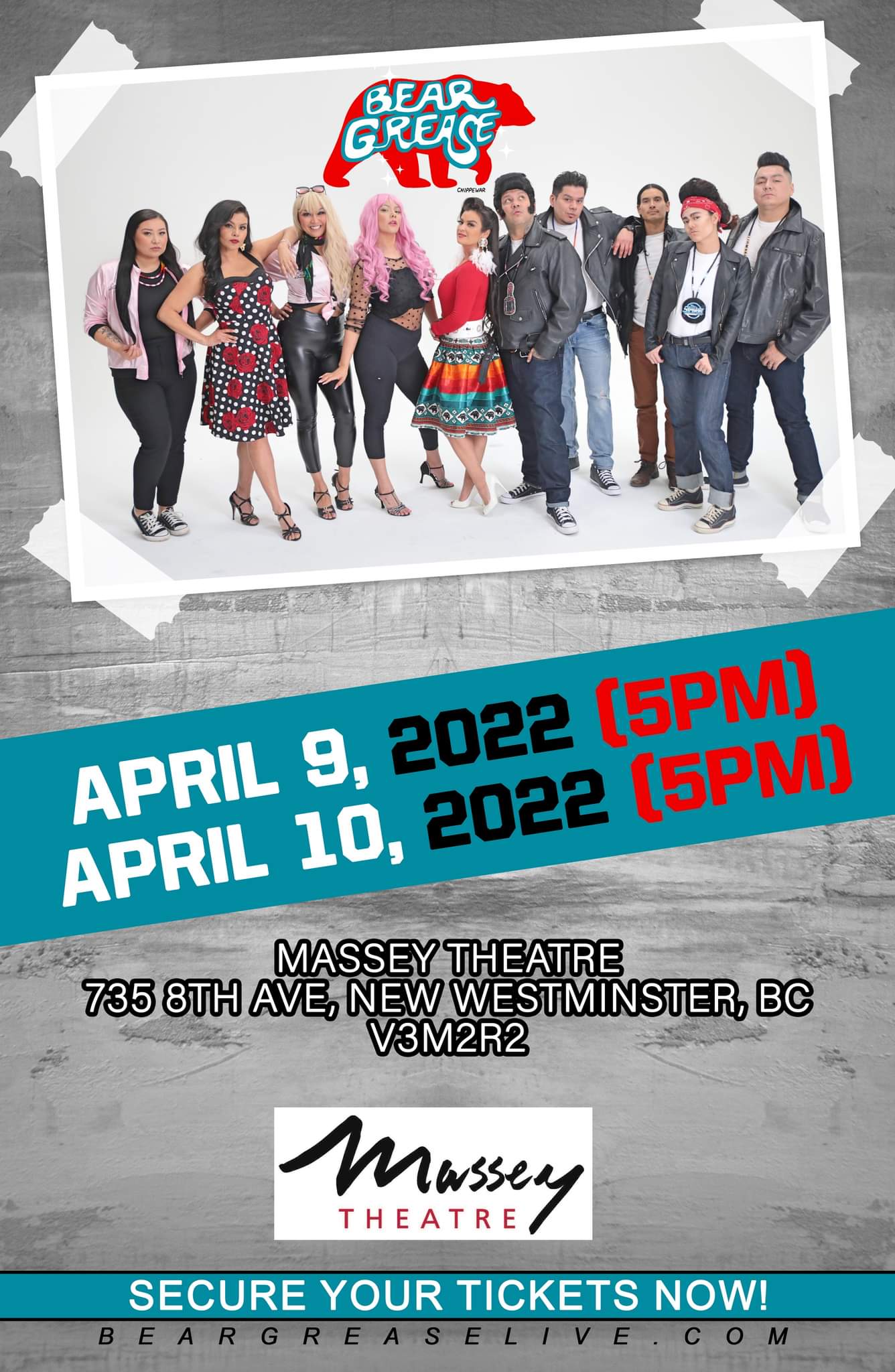 Do you think Grease is the word? “BEAR GREASE” is a hilarious, indigenous twist on the musical “Grease”. It features an all indigenous cast starring: Crystle Lightning (Canadian Screen Award Winner for Best Lead Actress “Trickster”) and MC RedCloud (Former World Record holder for “Longest Freestyle Rap”). Come with your singing voices ready to rock and roll for this night of Indigenized Musical Theatre. A production on tour, originating from Edmonton, Alberta (Treaty 6), Enoch Cree Nation.

The art of inclusion. Bear Grease is the type of theatre show that would draw tourists and inspire many. In a market that is over-saturated with everyone doing the same thing, LightningCloud has evolved and reinvented itself to create a first class musical with award winning Actors and Musicians. Presented in collaboration with Massey Theatre.

We Deserve to Work