ABRA Cadabra- A Tribute to Abba 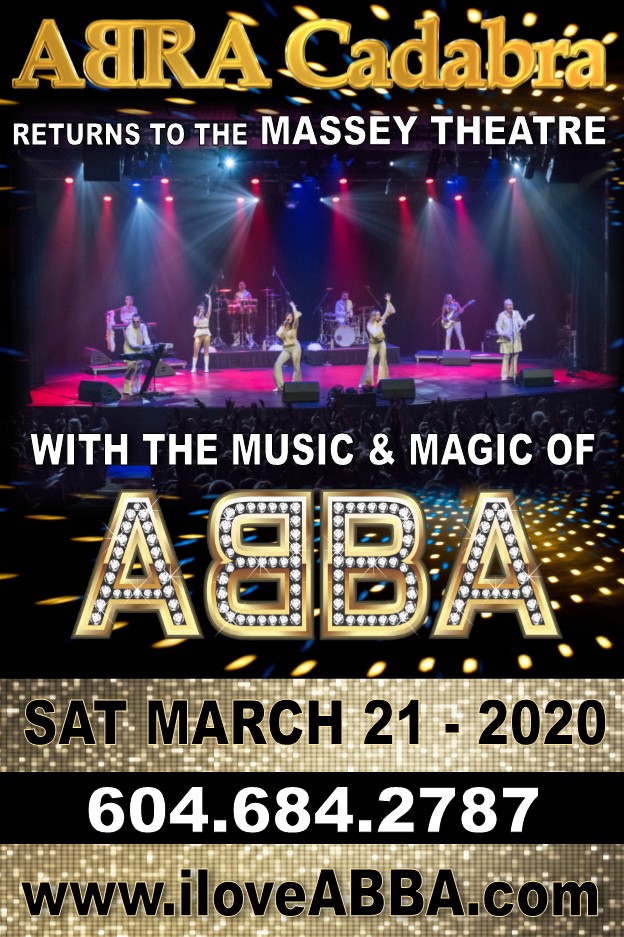 Experience the music of ABBA like never before with world renowned ABBA Tribute ‘ABRA Cadabra’ returning to The Massey Theatre! Featuring a live band, powerful vocals & dancers, this all ages, interactive stage show will have you dancing and singing along to hits such as Mamma Mia, Dancing Queen, Take A Chance, SOS, Waterloo & many more!

Past performances include several shows for the Malaysian Royal Family, the Prime Minister of Malaysia, Universal Studios in Florida (opening for Kool & The Gang), The Queen Elizabeth Theatre in Vancouver (opening for Boney M), the Esplanade Theatre in Singapore, The Auditorio Luiz Elisondo in Monterrey, Mexico, The Parkersburg Concert Series in West Virginia, The PNE in Vancouver, The Harmony Arts Festival, The Bell Performing Arts Centre, The River Rock Show Theatre, The Commodore Ballroom, The Hard Rock Casino Show Theatre, The Royal McPherson Playhouse in Victoria, The Massey Theatre, The Kelowna Community Theatre and many more! See more info at: www.iloveabba.com

NWSO: A Weekend in the Country

ABRA Cadabra- A Tribute to Abba