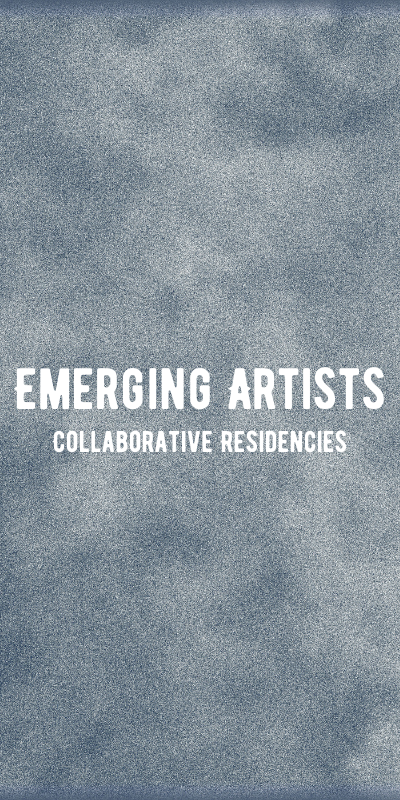 By Erin Jeffery In Uncategorized May 6, 2022

In early 2022, a callout was made for proposals from emerging performing artists or small ensembles to leverage their existing short works to create a one-hour performance in a double bill or collaboration with an artist working in a different art form, technique, or tradition. Artists were asked to challenge themselves to create something they might not otherwise be able do without the resources available, such as expanding an already existing work with additional design elements, or a new cross-disciplinary or cross-cultural work.

“Each of these artists will engage distinct community members with the themes and forms they are exploring,” explains Jessica Schneider, Executive Director of Massey Theatre Society and Eighth & Eight Creative Spaces. “The mainstream and traditional favourite shows we enjoy are all the result of supporting the artist’s vision and giving them a chance to share early drafts with audiences so the work could evolve. Eighth & Eight is a space where this can happen and it’s an exciting time to witness new ideas develop.”

After careful consideration, the following artistic concepts have been selected:

Woman of the Cape: A play based on interviews and historical research on female ancestors who wore and continue to wear the Portuguese form of the burqa, writer/performer, and New Westminster resident, Elaine Ávila will be working with renown director/dramaturge Kathleen Weiss.

Live Wires: An hour-long performance and interdisciplinary exploration of connection that examines the wonderful webs woven between us, with nature, and within ourselves, featuring contemporary choreography and movement by Rachel Helten, live original music from Devon More and projection media from digital artist, Ezequiel Peralta.

Bending: This work co-composes original music with tap dance and double bass both individually and as a collective featuring double bassist Noah Gotfrit and dancer Alexandra Clancy. In it, they investigate the visual aspects of how our bodies exist and move in space, as well as amplify and reflect our sounds.

“It has been such a pleasure to see the early development of each of these projects.” explains Fleur Sweetman, Performing Arts Programming Director, “Each group is exploring such unique and interesting ways to collaborate. It is so amazing to have a space like Eighth & Eight to support these emerging artists. We are so excited to share these projects with the community.”

Over the next few months, these artistic groups will be provided with free studio space at Eighth & Eight to develop and rehearse. They’ll be provided access to digital and theatrical equipment as well as tech support and basic training on the equipment. Furthermore, each artistic group will receive mentorship from one or more of Eighth & Eight’s Artistic Associates, including dance artist and educator Justine A. Chambers, comedian Ryan Leslie Fisher, New West-based multimedia artist Ronnie Dean Harris, New West-based musician Cassius Khan, and stage actor Allan Morgan. Eighth & Eight, operated by Massey Theatre Society, is proud to engage established artists who are responsible for reflecting and advocating distinct yet intersectional programming and engagement lenses in service of relationships with seniors, LGBTQ2IA+ people, black community members, Indigenous people, and the immigrant diaspora residing in our community.