The Rocket Man – A Tribute to Elton John 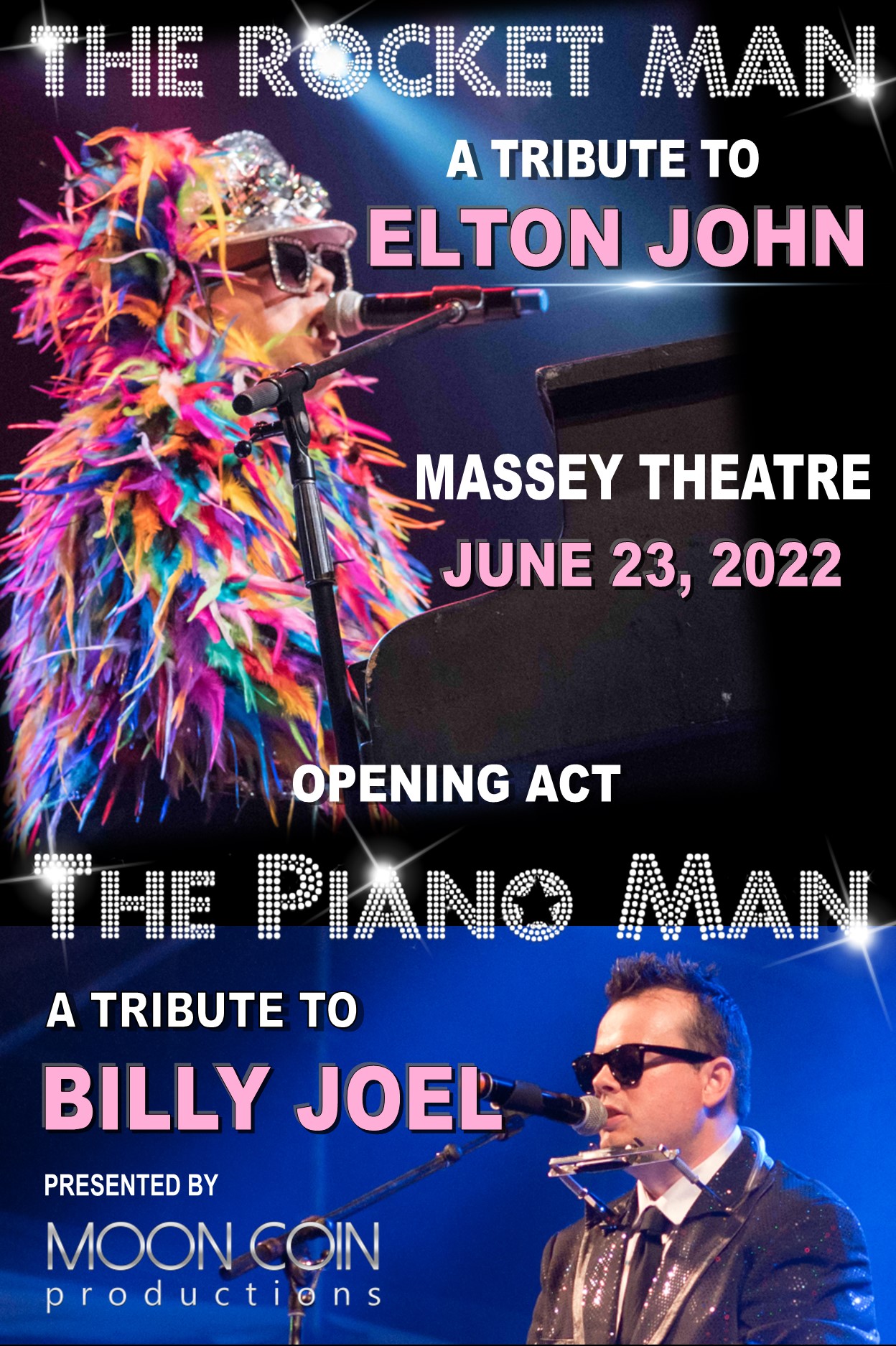 Some performance highlights for The Rocket Man include The TD Concert on The Pier in White Rock for over 5000 people, The Pacific National Exhibition (PNE), The Harmony Arts Festival, The River Rock Show Theatre, The Kelowna Community Theatre, The Hard Rock Casino in Vancouver, The Massey Theatre in New Westminster, the Langley Canada Day Celebrations for a crowd of over 5000, sold-out shows at Prairieland Park Hall in Saskatoon, Evraz Place in Regina, The Bell Centre For Performing Arts, Northlands Park in Edmonton, The Vernon Performing Arts Centre & more! www.iLoveEltonJohn.com

The Piano Man – A Tribute to Billy Joel

Ryan Langevin stars as the Piano Man and gives a genuine & powerful Tribute to the music and legacy of Billy Joel.  An accomplished Vocalist, Pianist and Performer Ryan brings his heart and soul to this music that inspired him as an artist. Accompanied by a live band, Ryan will have you dancing and singing along to all of Billy’s biggest hits including It’s Still Rock n Roll To Me, The Piano Man, My Life, Just The Way You Are, You May Be Right, Only The Good Die Young, Uptown Girl, Tell Her About It, River Of Dreams and so many more!