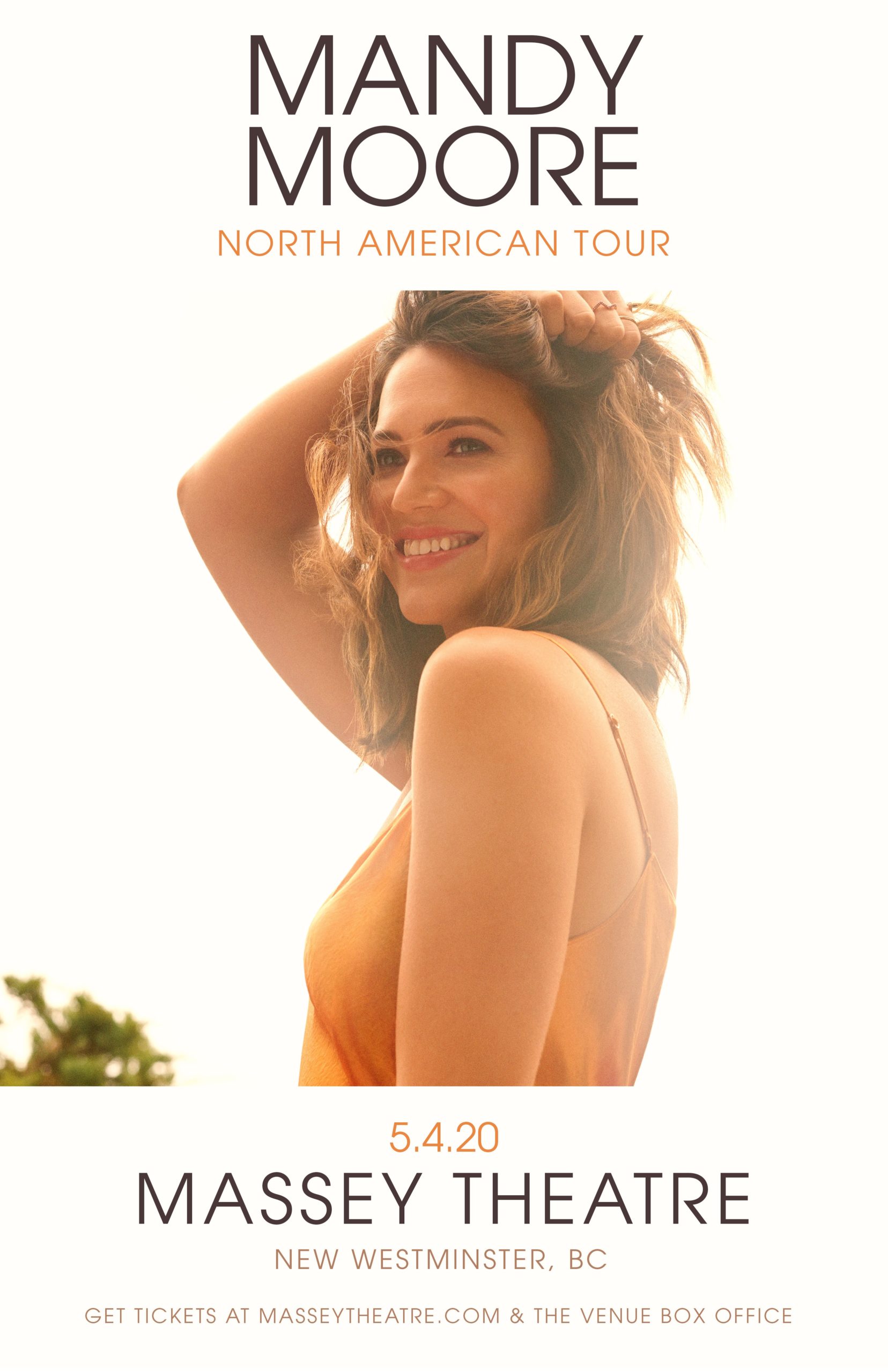 This production has been cancelled until further notice due to public health initiatives related to Covid 19 virus. Ticket buyers will receive communications in the upcoming days as soon as next steps are determined

An Emmy, Grammy and Golden Globe nominated actress, singer, and songwriter, Mandy Moore first came to national attention with her platinum-selling 1999 debut album So Real. With her sophomore effort I Wanna Be with You arriving in 2000 and her self-titled third album released in 2001, she starred in the film adaptation of Nicholas Sparks’s A Walk to Remember in 2002, winning an MTV Movie Award for Breakthrough Female Performance.

Over the next decade, Moore appeared in a dozen films and released a series of celebrated albums: 2003’s Coverage, 2007’s Wild Hope, and 2009’s Amanda Leigh. Since 2016, she’s starred on the critically acclaimed NBC series “This Is Us,” earning Emmy and Golden Globe nominations for her role as matriarch Rebecca Pearson. In addition to the fourth season of “This Is Us” premiering in late-September 2019, Moore will next be seen alongside Woody Harrelson in Roland Emmerich’s feature film Midway.

Verve Forecast released her first two singles in a decade, “When I Wasn’t Watching” and “I’d Rather Lose”. from her forthcoming album, expected next year.

TICKET RESELLER WARNING: Tickets Tonight  is the ONLY official ticket seller for the Mandy Moore show on May 4th. Purchasing tickets from any third party ticketing sellers is outside of Massey Theatre & Tickets Tonight’s liability and may result in the purchasing of a counterfeit ticket, which we don’t want you to do!

Last Monday at the Movies: The Body Remembers When the World Broke Open