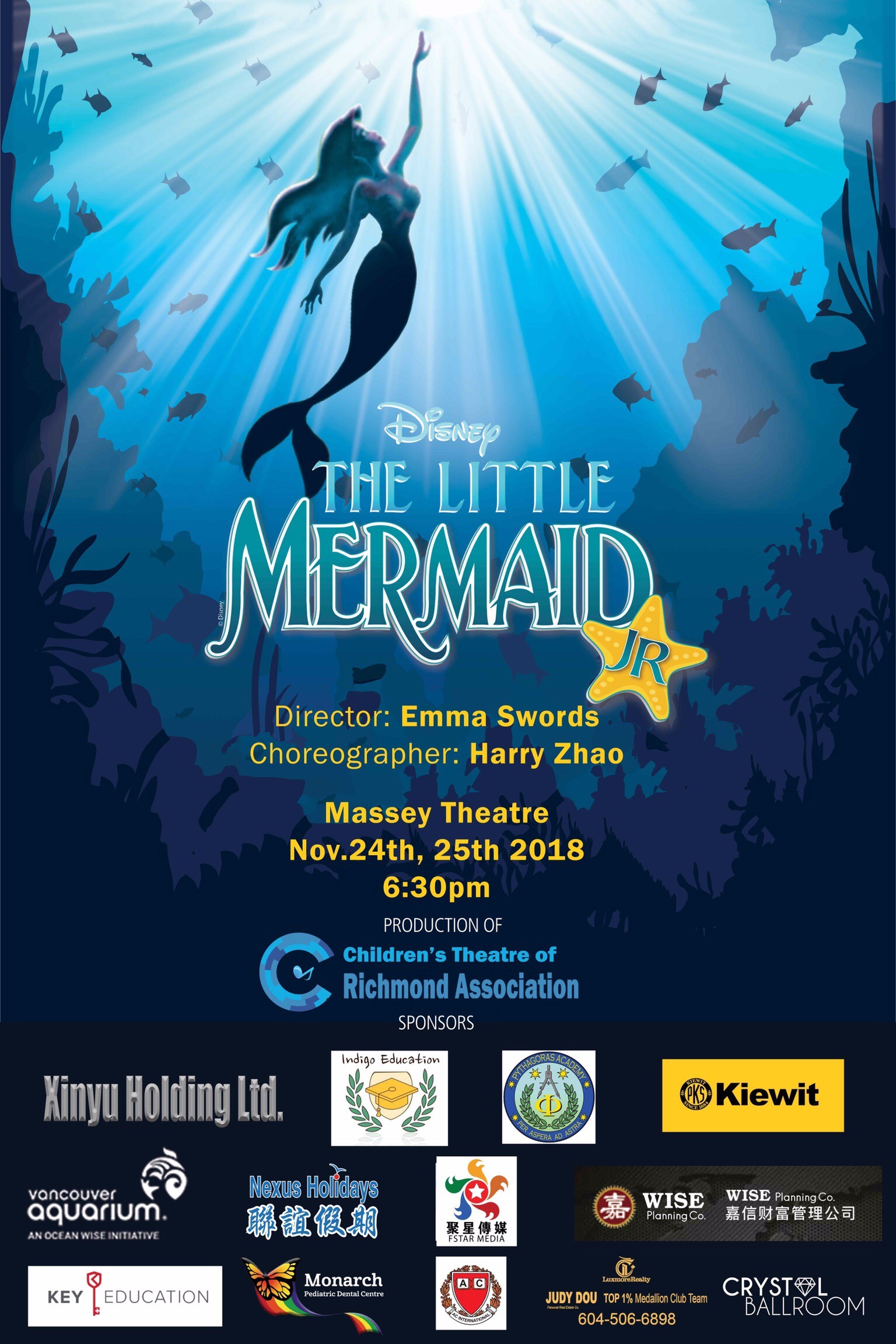 The Little Mermaid is a stage musical produced by Disney Theatrical Productions, based on the animated 1989 Disney film of the same name and the classic story of the same name by Hans Christian Andersen about a mermaid who dreams of the world above the sea and gives up her voice to find love. Its book is by Doug Wright, music by Alan Menken and lyrics by Howard Ashman (written for the film), with additional lyrics by Glenn Slater. Its underwater setting and story about aquatic characters requires unusual technical designs and strategies to create gliding movements for the actors. After a pre-Broadway tryout in Denver, Colorado from July to September 2007, the musical began Broadway previews in November 3 2007 at the Lunt-Fontanne Theatre, replacing Disney’s Beauty and the Beast. The production officially opened on January 10, 2008 and closed on August 30, 2009 after 685 performances and 50 previews. It introduced Broadway debuts by director Francesca Zambello and Sierra Boggess in the title role. Subsequent productions have been seen in US regional theatres and internationally. A modified version of the musical with a new book and direction by Glenn Casale was developed in 2012, and this version is the basis for subsequent productions.

In 2018, Children’s Theatre of Richmond Association (A non-profit Musical Theatre organization for the youth in Vancouver) will produce Disney’s “The Little Mermaid Jr”. Auditions were held in March 2018 and look to recruit the most talented performers in the Lower Mainland.

PLEASE NOTE THIS EVENT IS NOT RECOMMENDED FOR CHILDREN UNDER 2 YEARS OF AGE.

There are no upcoming events at this time.